Athletics for everyone
president@sgdac.org
Menu 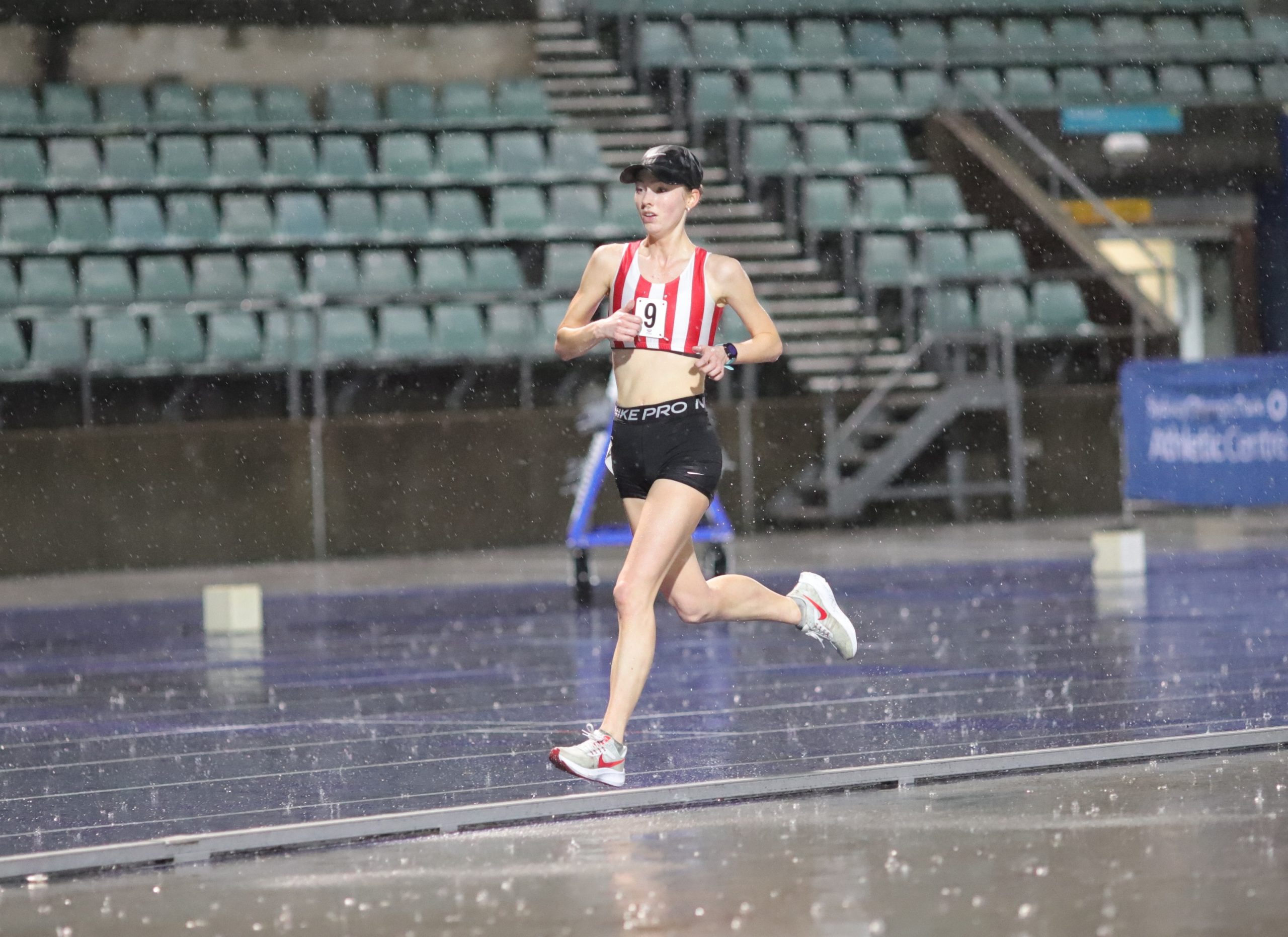 Winner of the women’s State title, Imogen Gribble has a famous surname in athletics circles, and is the grand-daughter of a legend of athletics in NSW – Ron Gribble. Ron has provided incredible service to the sport over his 60 years in administration. As an athlete he placed on the podium in a number of State Championships, including the marathon and 880 yards. Last night Imogen when one step further than Ron claiming the State title. A proud grandfather was there to witness the emergence of his granddaughter’s athletics career.

“It was good to see her first run,” said Ron. “She said she wanted to run the 3, 5 or 10. I said it will be different to running around Scarborough Park.”

A humble Imogen was a little overwhelmed.

“I guess I didn’t think about it (winning the State title) too much until now,” she said.

The Design Computing student at Sydney University revealed surprising footwear for the race. She had recently bought spikes for her track debut, but had second thoughts.

“I’ve never run-in spikes so we thought it might cause injury, so I ran in my everyday shoes.”

Only starting serious training at age 15, Imogen, now 22, is one to watch for the future.

No comments to show.